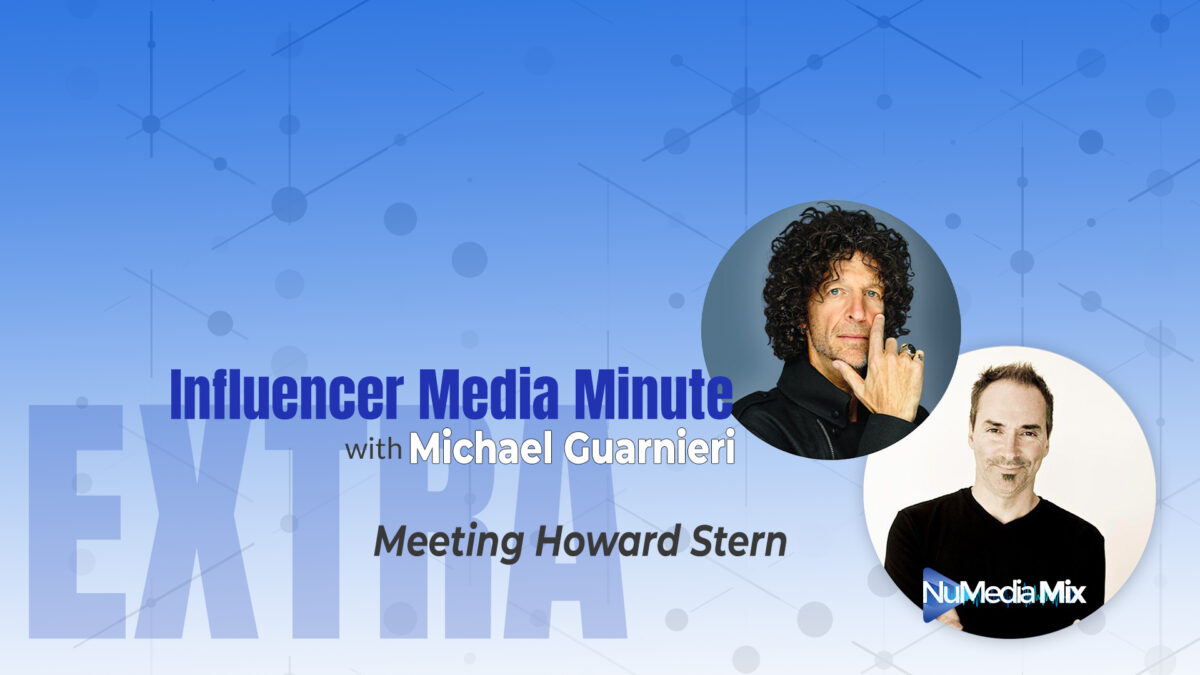 I remember meeting Howard Stern while at SiriusXM in New York City. We were first meeting with his right-hand man, Gary Dell’Abate who runs the logistics and scheduling for the show. The reason we met with Gary is that he is the tech guru for the show so he was perfect to explain tech products which we were advertising with Howard doing the “Live reads” for on-satellite air. He’s also the one who is the bug in Howard’s ear about advertiser messages. And as Howard is less tech savvy, he relies on Gary to give him the low-down.

So after the Howard Stern Show that day, my colleague Jocelyn and I were hanging outside the studio with our SiriusXM rep Vanessa just chatting. Vanessa says, “Don’t look now but Howard and his manager are coming our way”. So we look, and not look, and not look again, then Howard sees us and we say “Hi Howard!”, and then he smiles and says “How’s it going?” and keeps moving on.

Now this is a BIG moment because Howard does not meet with anyone unless you’re a guest on his show or work on his show. Not even advertisers get to meet him. So, no “official” meeting with Howard. BUT this chance moment was everything.

So that’s my 5 seconds with Howard Stern!

And that’s why Nu Media Mix exists…to be on the front lines for our clients and work with influencers such as Howard and Gary.

Get in Touch and hear the difference we can make to your business.

Thanks, and Stay awesome!!

Let's get to work!

Hit the button below and we'll get this show on the road.